In early June we headed off to Vienna for a few weeks of talking, riding, eating and collecting a bunch of vintage bikes from across Europe.

The main purpose of the trip was to attend the Velo-City 2013 conference. Liman was an invited speaker and I had won a ticket to the event through the “cycling visionaries “ award program.

Before the conference we spend a few days driving around The Netherlands collecting vintage bikes that our friend KJ had generously stored for us. We packed up a few Colnago’s, a Rossin and a very special 50th anniversary Daccordi ready for their journey back to China. We had a fabulous time riding bikes around Rotterdam and The Hague while visiting friends. The cycle infrastructure across The Netherlands is truly amazing – although if I lived there I would definitely miss the mountains of Beijing. 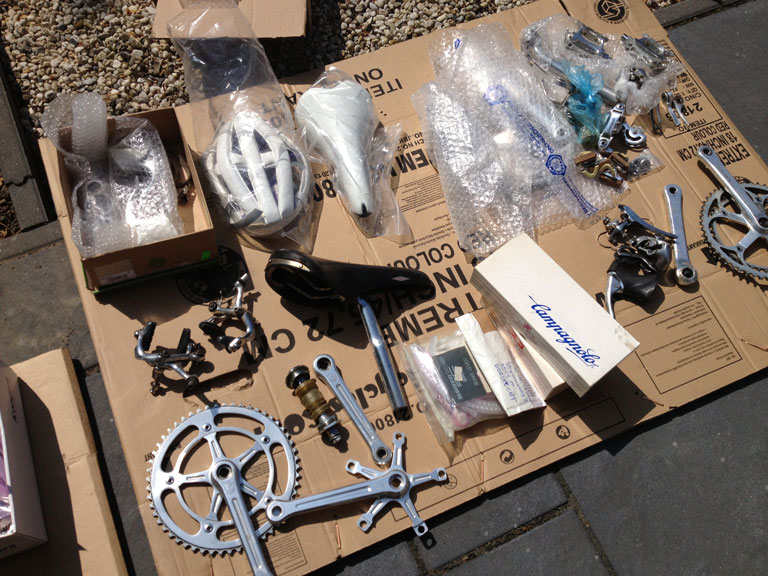 Throughout the week we attended lots of interesting and inspiring lectures and workshops. The highlight of course was presenting our talk. Our research work is joint effort together with Florian Lorenz who is based in Vienna but regularly travels to Beijing. Our talk was on the last day of the conference in the main townhall area. It was entitled –

Beijing IN THE GOLDEN AGE OF THE BICYCLE .
Observations of urban systems during Peak Bicycle Urbanism.
Lessons for pedal-powered future cities. 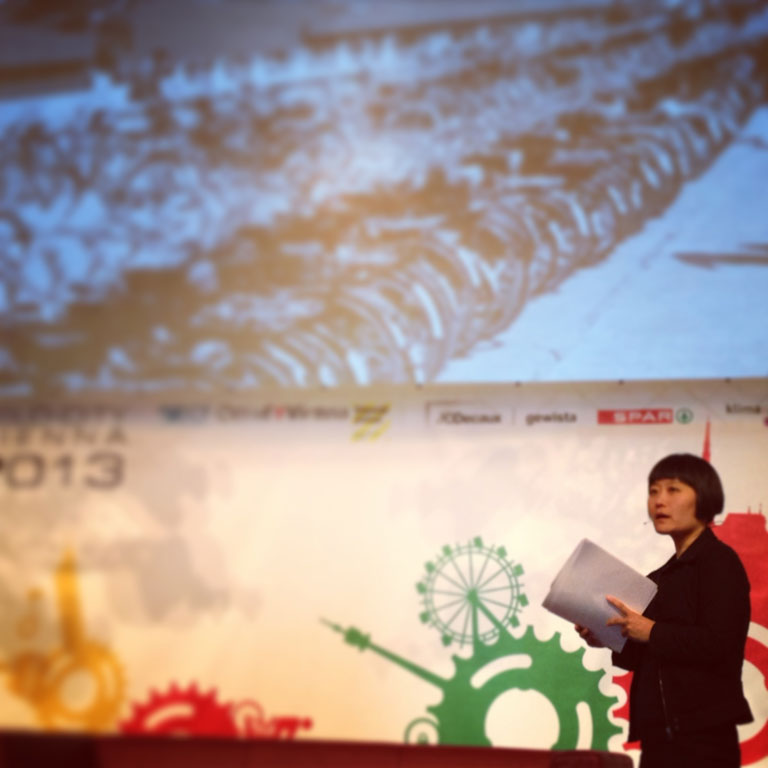 Liman talked about her experience growing up in Beijing in the 1970’s and 1980’s – a city of 5.4million residents with a modal share of 58%. That equates to around 3.3 million bike trips in the city each day. While Beijing is far from this number today it is interesting to look at the systems which allowed Beijing to move in its bicycle heyday – the 1980’s. The bicycle traffic back then was almost 8 times the volume of modern day Copenhagen. There is a lot that modern cities can learn from Old Beijing. 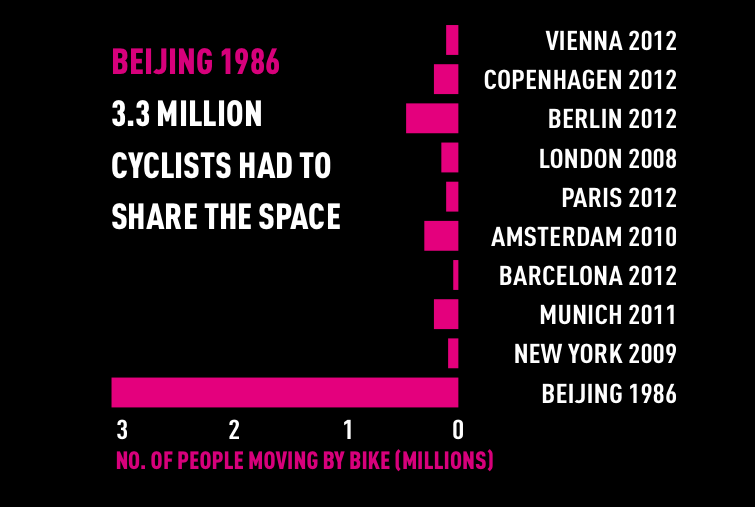 We also discussed our observations of Asian traffic flow and how it may be more efficient for bicycles in densely populated cities. The talk was very well received and the panel discussion afterwards was lively. 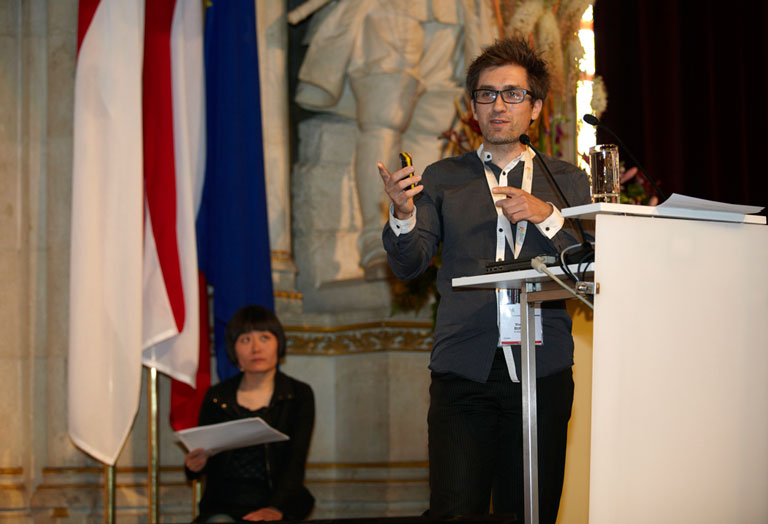 Apart from all the serious talking at the conference we also participated in some awesome rides. On the second last day 4000 cyclists gathered for the Vienna Bicycle Corso. It was a gorgeous sunny afternoon with closed streets in the city centre and people lining the streets cheering on the riders. For a bit of fun and to publicise our lecture I donned a Panda suit and jumped on a Vienna city rental bike. 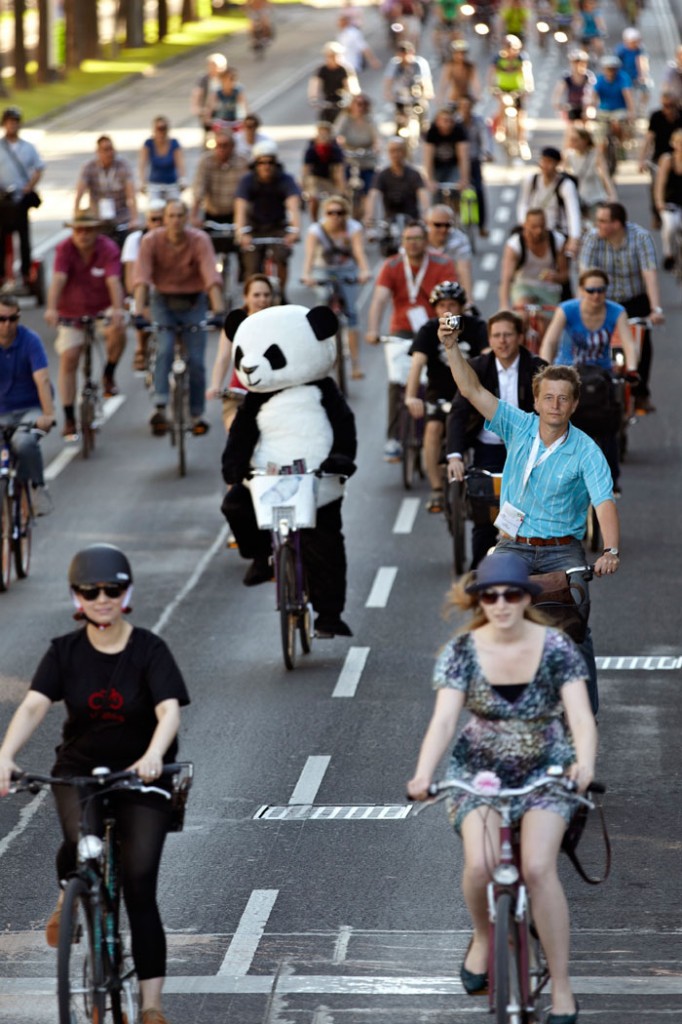 Wow that was fun and hard work. Inside the head of the panda you can see through a small hole looking directly forwards which makes it difficult to ride. The panda was a huge hit and made it into all the photos in the major newspapers, the Austrian TV and this really funny interview by the very serious newspaper Der Standard. See it here. 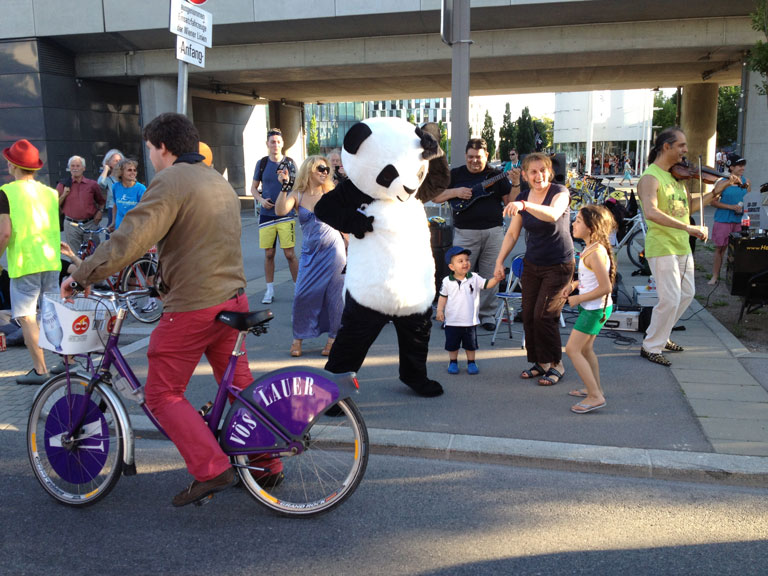 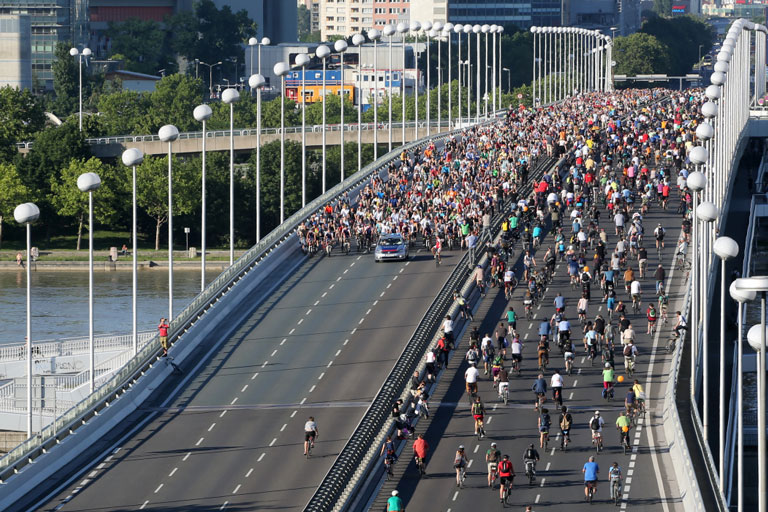 A few days after the conference I was also lucky to participate in a vintage road bike ride – In Velo Veritas. A couple of hundred riders from across Europe rode through the gorgeous Austrian countryside just outside of Vienna on classic steel bikes. I rode a very nice Pinarello and very much enjoyed the 88km route, delicious food stops and drooling over all the vintage bikes. Will definitely be back there next year ! 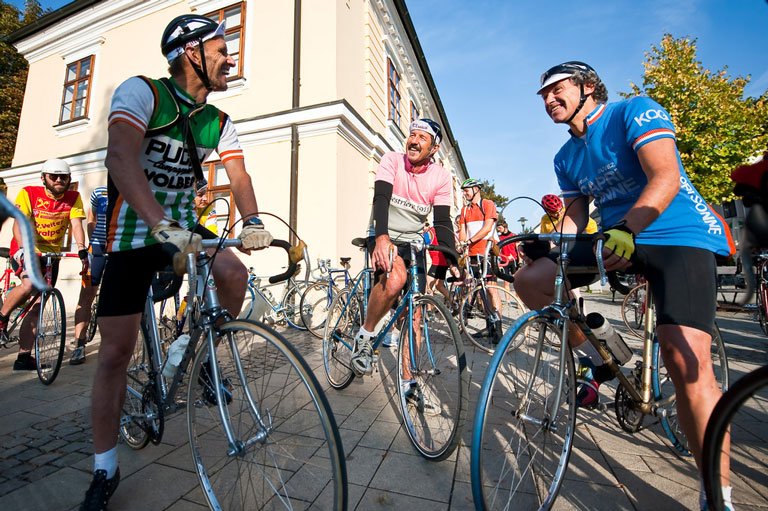 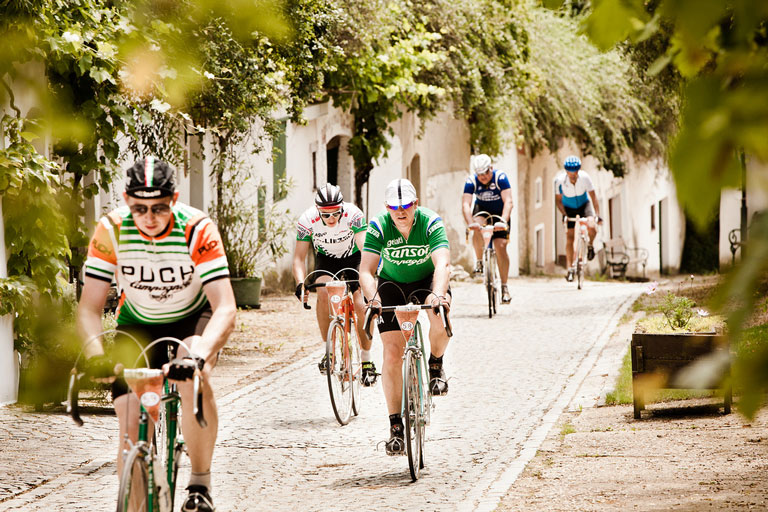 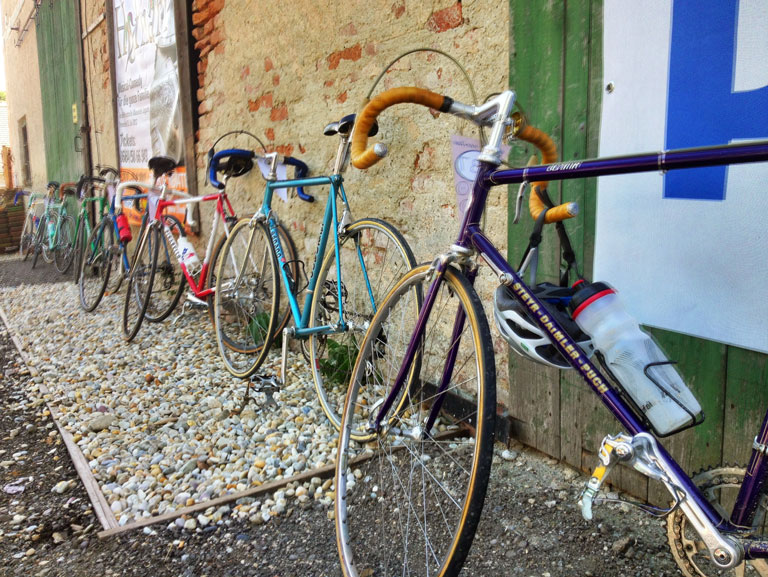